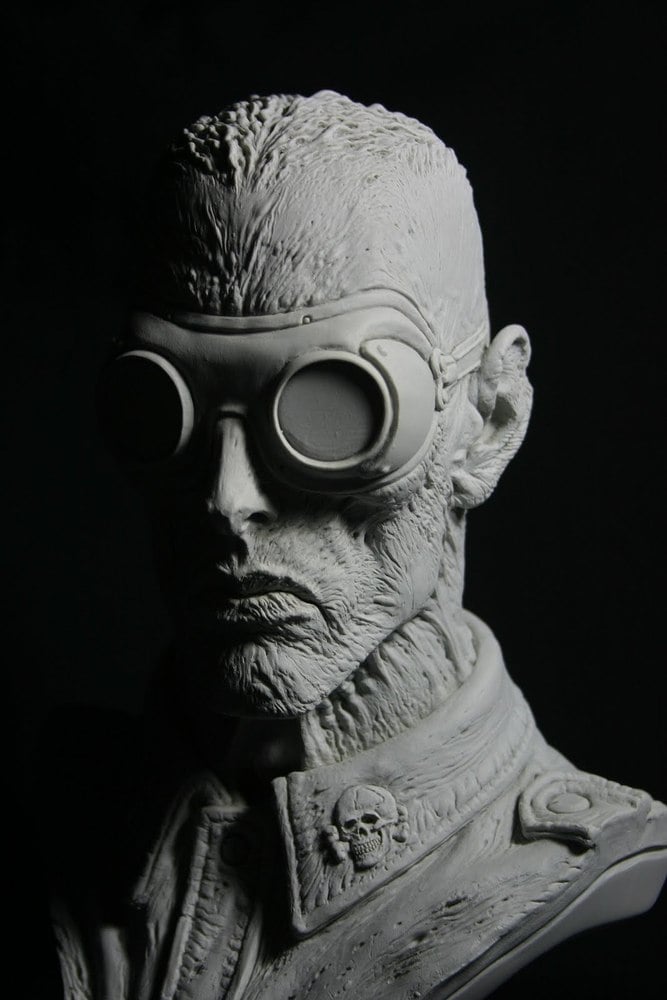 Once they were ALMOST human…

From the Depths of Hell’s Ocean!

Sculpted by the uber talented Paul Komoda, this sculpture was the debut release from Artist Proof Studio over 5 years ago.

This is Paul’s version of the underwater nazi zombies from the cult classic film Shock Waves.

It’s a beautiful and twisted piece measuring in at ½ scale (just under 13 inches tall).

The piece was expertly molded and cast by Steve West of Cellar Cast.

This is the last one we have at the moment, an early casting that we put aside for safe keeping.

This auction is for an unpainted resin casting.